A to Z Blogging Challenge

S is for Shut Up and Write (in Paris) 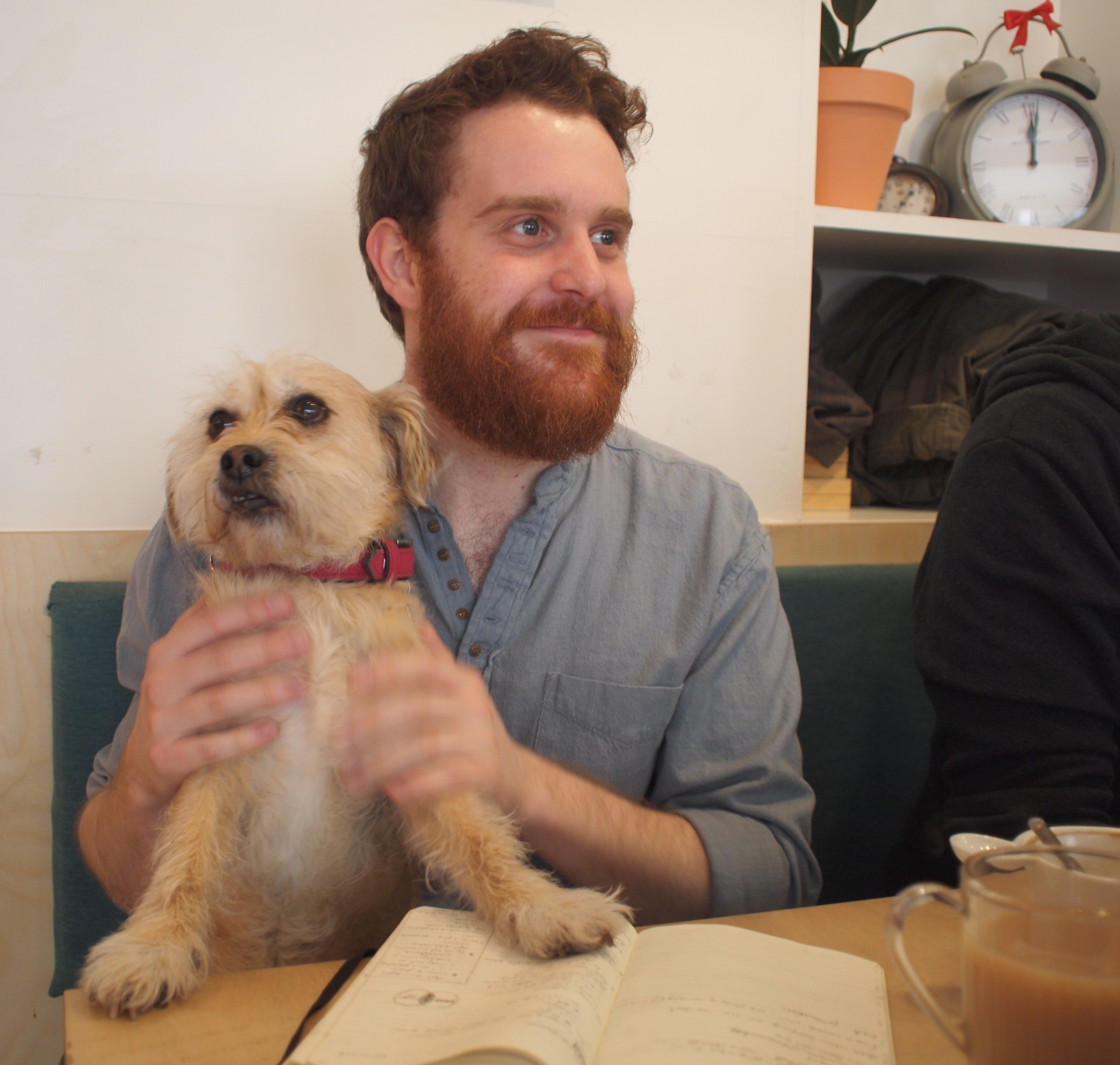 Glen – one of the writers at the Shut Up and Write Meet-up in Paris. His humourous book about all things academia is coming out later this year. Check out Glen’s blog.

I was trolling the internet in search of good cafés in which to write while in Paris (you would think there would be a lot of them around, but it seems that not all cafés appreciate broke writers hanging out for hours, sipping their café au laits veeeeeery slowly) when I stumbled across a MeetUp called ‘Shut Up and Write’ which takes place every Saturday at the Anticafé.

The cozy seating area downstairs… photo brazenly stolen from the Anticafé website, but I’m thinking they won’t mind because I’m saying nice things about them…

I tossed my laptop in my backpack and, determined to battle my way through the latest round of revisions on the new Footprints title, I plotted my Metro route and set off. Three trains and a short walk later (I think I made the trip a bit harder than it needed to be), there I was, pulling up a chair. A dozen other writers had already gathered and were chatting away.

The Anticafé provides workspace (we were at tables and chairs rather than couch and coffee table shown in the photo), lots of plugs, and good wi-fi (pronounced ‘wiffy’). For the hourly rate of 5 Euros you also get as much coffee or tea as you can drink as well as assorted snacks. Attending as part of the writing group I received a discount – anyone who signs up for a loyalty card also gets a break on the hourly rate. You can also sign up for a monthly plan which might work out to be a great deal if you spent many hours and ate a lot while beavering away at your new novel.

Co-working spaces like this make a lot of sense for those of us who are part of the digital nomad community. (For more about digital nomads, check out rethink9to5 or the Digital Nomads Facebook page). When you’re traveling (and, face it, even when you are closer to home), writing can be a lonely endeavor. It’s marvelous to be able to walk into a coffee shop half way around the world (or halfway around the block) and find members of your tribe scribbling away in notebooks and tapping away at their keyboards.

I must say I had a great time, which is a bit unusual for someone who really doesn’t like the idea of walking into a room full of people I don’t know. That said, such a venue is the perfect place to try out this conversation starter: What are you working on?  Thanks to the organizers for putting the word out and helping us introverted writer types to connect! I’ll be baaaaaaack! (Though… I will be keeping a close eye on my belongings… particularly my camera… And, before anyone panics and thinks my camera was the victim of a snatching, it was an honest mistake… I mean, if I saw a cute camera lying about on a table, I might just pick it up and start taking photos. Stranger things have happened… right, André?)

Enjoy the blog? Consider becoming a patron to support the creation of these blog posts, photo essays, and short videos. In return, you’ll have my undying appreciation, but you’ll also get access to Patron-only content, advance peeks at works in progress, and more – all for as little as a buck a month! It’s easy – head on over to Patreon to have a look at how it all works.